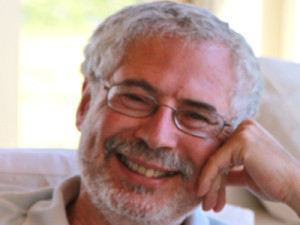 Steve Blank is one of Silicon Valley’s most well known entrepreneurial educators, and one of its most active opinion leaders. He teaches entrepreneurship at both Berkeley and Stanford, spending much of his time these days showing entrepreneurs how to avoid the mistakes that he made during much of his long career, and to increase their odds of success. Eric Reis of “Lean Startup” fame was originally one of Steve’s students, and together with Alexander Osterwalder they have made a crusade of educating the startup world.In typical Silicon Valley fashion, Steve graciously met with me at a coffee house in Menlo Park to discuss the state of entrepreneurship, and the most important trends in building startups that work.

Steve has been travelling a lot recently, and is widely recognized as a sort of ‘cultural ambassador’ from Silicon Valley to the rest of the world. In fact, that was how I first met him when entrepreneurs converged on Austin Texas at the SXSW Interactive festival this year. Sharing some of his travel stories, Steve remarked about an incident in Prague a few weeks ago. He tweeted wondering where one could get good local Czech beer and food and within minutes had numerous invitations. A few hours later he was having dinner with 45 entrepreneurs at a beer hall, and the whole thing ended up on that evening’s television news. As much fun as that was, he is now intent on refraining from announcing his whereabouts via Twitter.
Startups as a Cultural Statement:
Steve: “When I was young, college-age kids were spending time and energy searching for meaning in life and/or protesting the war in Vietnam. It was the cultural norm. Today the new norm – in every city, in and out of the U.S. – is the search for a business model – most of the time clustered around a university. This is a worldwide phenomenon, enormously underreported and unappreciated. Startups are forming around schools and spreading out to local regional incubators and accelerators that are springing up like mushrooms. The last impediment to the democratization of entrepreneurship is that outside of Silicon Valley or New York there is a lack of capital and expertise. But this barrier too will fall as local/regional funds raise capital and start investing locally.”

We have cracked the entrepreneurship code
Kevin: “What do you see as the most important message to get out to startup founders now, in 2012?”

Steve: “My first book, the Four Steps to the Epiphany was the first text to show how startups are different from large companies. What’s wonderful to watch is that there’s now a first generation of entrepreneurs who now take this as a given.”

“We finally can define a startup:A startup is a temporary organization designed to search for a repeatable and scalable business model.”

“Using this definition we now know how to make companies fail less. The combination of business model design and customer and agile development is the first wave of tools that help founders search for a business model. The National Science Foundation recognized the value of this approach – they looked at the hypothesis testing done as part of Customer Development and called it the scientific method for entrepreneurship. They adopted my Lean LaunchPad class and we’ll teach 150 teams of scientists this year and over 300 next. The goal is to help them take their inventions from the lab to the market. Other government research organizations will follow.

“In the U.S. Lean Methodologies are now reaching critical mass. Smart VCs get it as well. It’s kind of hard to ignore a founder who tells you I spoke to 100 customers in 8 weeks, and they said THIS”. And here’s the insight I got from this data. And here are the changes I’ve made in my business model based on that data and insight. This method is teachable, scalable, incredibly effective.”

“In foreign countries this is a big cultural jump. To fail in many foreign countries is a permanent thing and a source of shame. Here in the US, especially Silicon Valley we call failed entrepreneurs ”experienced.”

“I tell foreign visitors to understand how the valley got here they should read Anna Lee Saxenian’s book “Regional Advantage.”

”And they should watch the youtube video ‘The Secret History of Silicon Valley.‘ One professor at Stanford in the 1950s single-handedly started what we now know of our entrepreneurial culture – all to win the Cold War.”

Steve: “Disproportionate proportion of founders that come from dysfunctional families.

Founders are artists. They have often lived lives of chaos as kids, dealt with it, and now see through the fog. Founders are only needed at the beginning – once you get product/market fit you have to get them out of there. I’ve seen it a hundred times. They get uncomfortable when the business becomes predictable and will throw hand grenades into their own organizations to keep the chaos going. You don’t want that to happen, so get them out and replace them with MBAs.”

“The thing often is that for this type of founder personality, often for the first time in their lives they have a competitive advantage. Dave Mcclure is left coast. He is crazy and all over the place. In California it works.”

“Catherine Gould was a great mentor of mine. I told her about my theory on dysfunctional families producing great startup leaders. Here reply was “Steve, why do you think I hired you?” She believes the chaos theory.”

Steve: “The pessimistic ones ought to stop pulling down the management fees and get real jobs. The future is great for innovative VCs. A growing trend are VC’s who are ex-entrepreneurs. It’s a great and long overdue shift.”

I recommend checking out Steve online, his blog at SteveBlank.com is really tops when it comes to Startup advice.