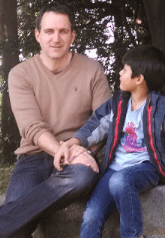 Kevin Ready loves building things and helping people to build things. Over the last 25 years, he has built, run, consulted for, and advised numerous start-ups and businesses.  For him, there is nothing more interesting than understanding business models and the problems that entrepreneurs come up against in their markets. As he says often, It is my work and my play. I never get tired of it.

Kevin started his first company right out of college, and while the venture was a success, he saw the limitations to scaling the business. As the Internet era took shape, he joined the “tech wave” through the late 1990s, starting several online businesses. Years before Facebook, he was a founder of a social networking site with nearly one million users. Later, he and a partner spun off and sold a digital mapping business, then moved on to become an online software and media retail business that merged with a larger rival in 2008.

That same year, he became a partner at an online real estate business that was in crisis mode. By applying the lessons presented in this book, he helped turn the business around. Just 13 months later, it was acquired by the newspaper industry. Kevin became General Manager in charge of the brand, and continues to lead the team today. In 2012, Kevin also launched Auto.com, a new consumer-focused automotive industry brand. Auto.com hit break-even within 9 months of its launch, and grew to a $30m+ business within 2 years.

Kevin is an Eagle Scout, and is trained as a wilderness first responder. As a member of the American Speological Society, he explored caves internationally and participated in numerous technical expeditions. He is a martial artist, spending over a decade as an instructor specializing in Brazilian Jiu Jitsu and Filipino martial arts. He is also a competitive marksman and avid outdoorsman. He is also a pianist, writer, painter, and one of the only Americans to be taught the art of making and playing the Japanese shakuhachi flute. He has studied 9 foreign languages, and is fluent in Japanese.

Kevin is now General Manager at CoStar Group, a NASDAQ traded real estate data company where he builds products and leads a corporate R&D team. He is also a contributor at Forbes, and an active author and public speaker. 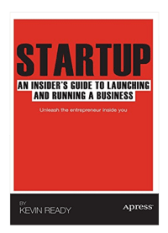 Resources For Growth:
Startup: An Insider’s Guide to Launching and Running a Business

Backed up by stories of both his successes and failures, Ready helps readers learn shortcuts to help them do what eight out of 10 entrepreneurs can’t: Build and sustain a successful start-up.