Home
Austin
Innovation
Management
Startups
Uber Vs. Austin – Nothing Less Than A Fight For Control Of The Future Of Transportation

The future of ride-sharing is uncertain in Austin, Texas after a May 8th ballot initiative in which the voting public overwhelmingly rejected Uber and Lyft’s demands for city hall to remain ‘hands off’ and allow them to operate as they see fit. The ballot measure, paid for and pushed by Uber and Lyft was ostensibly about the issue of fingerprinting ride-share drivers, though was a more complex issue in many ways. Upon the announcement of the defeat, both ride-share companies suspended their operations in Austin.

The official issue on the ballot was whether or not to require a fingerprint background check for ride-share drivers. While that was the question on the referendum, the actual issue was something much bigger; The fight between ride-share companies and city officials in Austin and many other cities about exerting control over the future of transportation.

Uber and Lyft fought hard and lost. In this case, the issue is about fingerprinting, but why are Austin’s rules seen as being so onerous? There are various theories:

The dominant issue on the table during this heated debate from the ride-share side is to legislate around the ability or willingness of city councils to create requirements that impede their business. For ride- sharing companies, laissez faire is their preferred policy. And why wouldn’t it be? Less rules are generally better for business. And for national and international businesses, it is highly advantageous to have a symmetric set of rules to operate under across all jurisdictions. Any asymmetry in legislation (and there always are differences) increases costs of operation and management overhead. And a great deal of effort has been expended by ride-share companies to keep regional legislation at bay.

Uber operates in 60 countries and 404 cities worldwide, so the cumulative effect of the legislative and operational differences across all of these is a substantial cost of business. Minimize costs, maximize revenue. 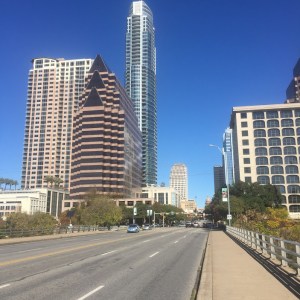 The resistance also might have something to do with the litmus test of whether an employer exerts control over a worker or not. Submitting all drivers to compulsory biometric screenings like fingerprints may represent further evidence that they are employees and not independent contractors. This is a powerful issue, in which Uber is seemingly coming out ahead in the civic debate.
Uber was originally founded as “Ubercab”, a name that became problematic as they encountered the complex web of regulatory requirements city-to-city. Early on their management team recognized that the moniker “Ubercab” unnecessarily positions the service as that of a cab or taxi. And cities around the world have a long history of tightly regulating taxi companies. With the rebranding to “Uber”, a new pseudo-legal entity was proposed: The Transportation Network Company (TNC). “We are not a cab company, this is something new and different.” This clever maneuver has effectively provided grounds through which Uber can claim to operate above and around the legal requirements already on the books for taxi companies. Notable amongst these hotly contested issues is the medallion requirement in New York City. Cabs operating in the city are required to have a licence medallion for each vehicle – a substantial cost of operations. At the time Uber entered the city, medallions were priced in the $1m range. But a driver and a car working through a TNC is “not a taxi” – so it does not need the medallion, right? Fair or not, that is how it turned out.

In NYC, drivers interviewed for this article say that medallion owners lost out, but that drivers and consumers both win in the exchange for allowing TNCs to operate in the city. Hassan, a friendly and talkative Yellow Cab driver based in Newark says that “Uber is good for both drivers and consumers.” For him, it’s advantageous because now he and all the other drivers have clear options for leaving the cab company and driving for TNCs. He knows that options create negotiating power.

One of the primary reasons why Uber and Lyft lost in Austin was the marketing tactics of Ride Sharing Works for Austin, their designated PAC through which they funnelled nearly $10m in campaign funds. Consensus in Austin after the ballot is that the TNCs pushed too hard, and pissed people off. The massive ad campaign and relentless messaging came across as ham-fisted and irksome to many Austin residents. And we have seen similar pressure and use of money by TNCs to influence opinion in other cities such as Houston and Newark.

Some are wondering why city officials made an issue of fingerprints in the first place. Looking at similar legislation aimed at Airbnb in the home sharing market, there is something of a pattern emerging in Austin politics for interfering with free market ‘disruptive innovation’. It is argued by many that the responsibility of government is to balance the needs of a population with the needs of commerce. In the case of the TNCs, Austin city hall planning officials don’t believe that it is in the interest of local residents for the government to give up the ability to regulate TNCs. Austin Urban Transportation Committee member J.D. Gins gives his perspective:

“TNCs are an important element of the transportation mix in all major cities going forward. Transportation planners in city offices across the country have the same problem with TNC’s: Uncertainty. Urban transportation planning, financing, engineering, bond initiatives, and the complicated machinery of building for growth requires us to have some reasonable ability to project future needs.”

So for city governments, a powerful question is whether and to what extent TNCs will replace public transportation at any time in the foreseeable future. Urban planners are trying to understand the disruption and impact of TNCs to their planning scenarios for public transportation. It affects road planning, zoning, development of fixed transportation assets like urban rail, and the scope and operation of bus lines. TNCs can operate at scale within cities without incremental cost, while all city options have large incremental cost and predictive modeling requirements that reach years into the future. In that regard, the Austin city council position can be understood to be a form of risk mitigation – which is exactly the same thing that Uber and Lyft are shooting for from the other side of the issue. The critical difference is however that TNCs are profit-driven, while city governments are charged with supporting the needs of their population.
TNCs have changed so much so fast, that city planners no longer have much idea of what the future requirements of a mobile population are going to be – even in a medium-sized city like Austin. So setting a precedent in being able to exert some influence on how TNCs operate has value from this longer-term perspective for city hall.

After the election, though the Austin city government could not help to feel somewhat vindicated, substantial uncertainty comes with the ‘win’. Mayor Adler said:

“The people have spoken tonight loud and clear. Uber and Lyft are welcome to stay in Austin, and I invite them to the table regardless. Austin is an innovative and creative city, and we’ll need to be at our most creative and innovative now.”

In mentioning ‘innovation’, the Mayor is almost certainly referring to the $50m Smart Cities Challenge, in which Austin is one of 7 finalists. Austin is assembling a final proposal for the US Department of Transportation that outlines its plan for deploying a wide array of new safety and efficiency technologies to enhance movement of people and goods in the city. The competition and its significant grant money are intended to spur the first deep implementation of next-generation transportation technologies in the U.S. and serve as a blueprint for the rest of the nation. So one real concern is that the Proposition 1 ballot failure and the heated rhetoric around it may have thrown the baby out with the bathwater — if the TNC refusal is seen as a kind of popular rejection of transportation innovation, that could be a bad thing for the city of Austin.

What About the Drivers?

And while the debate was supposed to be in part about protecting the driver economy, it cannot really be about that for Uber and Lyft. Driver incomes are incidental to their long-term business plan. Uber is pushing hard to develop driverless vehicles, which in theory would take the driver economy and replace it with a 24/7 on-demand fleet of automated driverless cars.

Beneath the current rhetoric in the battle between TNCs and local governments, the real issues are much longer range and much higher stakes than the surface level discussion might suggest. And the tension between public and private, new and old, profit and social good should play out as it is in our public forums. As it does so, it is necessary for all of us to understand the stakes that are really on the table – and it has nothing to do with fingerprinting. It’s about public and private groups fighting for the power to direct how transportation takes shape in the decades to come.

Kevin Ready is an Austin entrepreneur. He is the founder and former General Manager of www.Auto.com, a consumer automotive portal, and has launched two automotive clean technology startups.

My Other Posts
I am fortunate to have started my first company when I was 24 years old and have built companies in several industries (and had 4 transactions) since then.