Home
Blog
Startups in Japan
What Do Startups Mean For Japan’s Future? 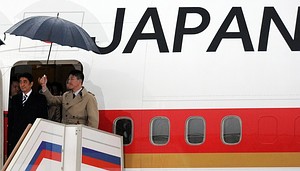 Japanese Prime Minister Shinzo Abe is betting everything on an aggressive rebuilding of monetary and fiscal policy. (Image credit: AFP/Getty Images via @daylife)

Much is being made of Japan’s resurgent economy, and the phenomenon of “Abenomics”. In addition to the much-ballyhooed monetary and fiscal policies of Shinzo Abe, he is also promising structural reforms within the economy that may have a significant benefit for Japanese startups. As onlookers speculate about what is coming for Japan’s economy, many question the role that startups will play in the economic future of the country.

A look at the last 20 years of stagnation and the rigid cultural focus on large established corporations would have us keenly unoptimistic that startups will play any role in a Japanese economic recovery. Entrepreneurship brought Japan out of the post-war period and propelled it to ‘first-world’ status well within living memory, yet those lessons appear to be forgotten. More recent decades have seen entrepreneurship activity on a downward trend. The GEM 2012 (Global Entrepreneurship Monitor) survey published this year shows Japan in last place among developed nations for entrepreneurial activity, with only 6% of Japanese believing that there is opportunity for new startups in the economy. While the picture is grim, and has been so for years, there is hope. Particularly with the current government’s promises to make entrepreneurship more approachable, change may be on the way. Among the promises is to make it easier for would-be entrepreneurs to secure traditional loans without having to endure very tightly constructed personal guarantees – putting all of their personal assets on the line to start a business. On another front, the powerful industry ministry is promising to infuse capital at unprecedented levels for startups. These changes are not guaranteed, but would certainly be welcomed by those observers that can see the opportunity and economic vitality that Japan sacrifices for want of a more startup-friendly environment.

Ultimately, would startups really make a difference in an economy such as Japan’s?

To hope that startups could make a much needed change to the Japanese economy is to put the cart before the horse. Startups themselves are simply an expression of the often hidden dynamics at work beneath the covers, deep in the depths of an economy. When we see startups flourishing they are the output and signal that the economy itself is structured in such a way that a number of vital processes are at work: Trust, cooperation, capital flow, and most of all, innovation. Startups are an emergent property of a society that is ‘getting it right’ in a number of economic and sociodynamic regimes. That being the case, Startups in and of themselves are not as important as fostering the critical elements that lead to them: Trust, a cultural tolerance for failure, fluid access to capital, a pool of willing technical talent, enforceable intellectual property laws, and feedback mechanisms through markets to reward innovation come together to create a dynamic system which can be the engine of tremendous value creation. (Among these attributes, Japan struggles most with the first 3.)

A dramatic increase of startup activity in Japan may indeed herald a long-term turnaround for the Japanese economy – but will not be the cause of it. As emergent phenomena dependent on the environment, a sharp increase in the number of successful Japanese startups will be a key economic indicator of the real turnaround that Shinzo Abe has promised.

My Other Posts
I am fortunate to have started my first company when I was 24 years old and have built companies in several industries (and had 4 transactions) since then.
Tags:Business, Entrepreneurship, Forbes, Japan, Startup