It was late, the streets deserted and traffic-less despite being the middle of downtown Denver, home to over 3 million people. Colorado’s 62 year old governor emerged from the stone-columned civic center alone – without fanfare, entourage, or escort, and quietly eased his lanky frame into the back seat of a small SUV to return home. After months of planning, weeks of execution, and several long days spent on the ground sharing ideas with some of the word’s elite business people, John Hickenlooper had a lot to be proud of.

The 2008 recession had pummeled Colorado. Knocked down, bruised, and reeling, Colorado lagged behind at 40th in the nation for job creation  and a dismal 9.1 percent unemployment rate in 2010. In the years since, Colorado staged a remarkable turnaround and renewed its efforts to create jobs and spark economic innovation. Today, Colorado boasts a ranking of fourth highest in job creation, adding 200,000 new jobs to bring unemployment down to the lowest it has been since 2008 – just 4.7 percent. 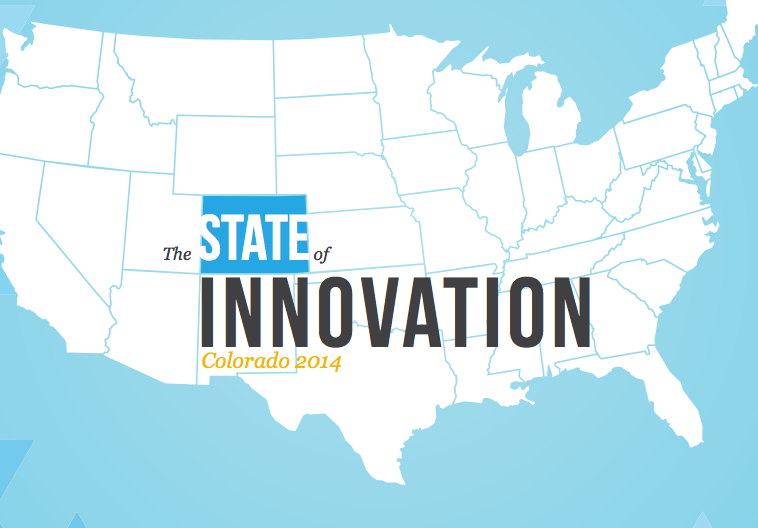 While the shale oil boom has been a big contributor to the recovery, a lot of credit also goes to Governor John Hickenlooper and his efforts to foster economic progress through innovation and entrepreneurship. To accomplish this, he established COIN- the “Colorado Innovation Network”, a coalition of state government and private enterprise working to better Colorado’s fortunes through entrepreneurship. Cultivating innovation is essential to creating new jobs and fostering a dynamic, competitive, and resilient economy but it requires an almost laminar flow of collaboration between private, public, and academic organizations to be effective.

Before Colorado’s creation of COIN, communication between entrepreneurs, start up businesses, academia, and big business was turbulent and rarely effective. Now COIN strives to provide an official framework for these discussions and facilitates conversations between innovators, job creators, scholars, and workers, helping to foster a favorable startup ecosystem for entrepreneurs eager to test out new ideas. Governor Hickenlooper, in his 2011 statement announcing COIN, described it as a “roadmap for making Colorado the best state for innovation and where every road must lead to new jobs.” The governor then laid out his plan for working statewide with industry leaders to create a new approach to optimizing the business environment, one that promotes novel business strategies, creates jobs and grows Colorado’s economy.

COIN is a division of the Colorado Office of Economic Development and International Trade; its inception was largely the result of the initiatives outlined in the Colorado Blueprint, which aimed at creating a more competitive state economy by implementing three-year strategic plans across the state’s key industries. In its approach to economic development, COIN focuses just as much on small businesses and entrepreneurs as on large corporations. True to its original mission, COIN serves as a catalyst for Colorado’s most innovative businesses and entrepreneurs by leveraging useful resources already present within the state’s borders. The genesis of COIN was to create a bottom-up developmental strategy in which smaller, more nimble companies and entrepreneurs could fill in gaps left by larger enterprises. So far, job growth and the ever-rising number of upstarts seem to indicate that COIN is right on track with its original goals.  In June 2014, Thumbtack.com, in partnership with the Ewing Marion Kauffman Foundation, released the third annual Thumbtack.com Small Business Friendliness Survey – a survey of over 12,000 small business owners from every state.

”After a two-month survey of thousands of small business owners nationwide, Colorado has emerged as one of the best places for small firms to operate in the country,” says Chief Economist of Thumbtack Jon Lieber. “Creating a business climate that is welcoming to small, dynamic businesses is more important than ever, and Colorado’s city and state governments are clearly taking that challenge very seriously.”

Thumbtack.com gives Colorado an “A grade” for overall friendliness, ease of starting a business, and ease of hiring.

Economists downgraded expectations for the nation’s economy after a dismal contraction of 2.9 percent in the first three months of 2014,the worst reading since March 2009. The news from Colorado, however, is quite different. During the recession that occurred between 2009 and 2011, a period when upstarts faltered in many other states, Colorado saw the launch of more new companies than business failures and closures. Two important economic measures, Location Quotient (LQ) and Annualized Growth Rate, show that Colorado enjoys more sustained growth across its key industries as compared to other states. Colorado was especially strong for both measures in technology, infrastructure engineering and construction, and tourism

In addition to providing a framework for entrepreneurial cooperation, each year COIN also provides 2 key outputs for the Colorado economy:

After some hard times, and a rapid climb back up, it is clear that success carries benefits beyond more jobs and a stronger economy. With the November 2014 balloting completed, Governor Hickenlooper (known as ‘Hick’ to his friends) has just been elected to four more years to continue his work.

My Other Posts
I am fortunate to have started my first company when I was 24 years old and have built companies in several industries (and had 4 transactions) since then.
Tags:Business, Colorado, Entrepreneurship, Forbes