Home
Blog
Culture
I’m On The Phone (and NO, I don’t see you.)
Working with Japanese engineers, one thing that was hard to get used to is how the phone is handled. I have noticed that for Japanese, being on the phone is often the same as being face-to-face with the person on the other end of the line. It is not infrequent that I see scenese on television where a salaryman is talking to his boss on a street payphone, and repeatedly bowing at the phone as he talks. That’s kinda funny, and understandable.
One thing that often throws Americans for a loop is when they are sharing a working space with a Japanese who is on the phone. I have seen where a Japanese in ‘cube land’ America is talking on the phone, and an American coworker crossed deliberately into their field of view to get their attention. (Perhaps to point at their watch and say ‘the meeting is in 5 minutes’ or some such). More often than not, the Japanese guy or gal is going to ignore the American and not give any hint of recognition to them.
This can be irksome to say the least, as it is a direct sign of disrespect in America. When working here in the US it is OK to multitask when on the phone, so it can be a quick road to misunderstanding when any amount of hand waving or signalling gets not so much as a glance. No eye contact, no sign of recognition — just focusing on the call.
This pattern is a sign of respect for the party on the other end of the line. The problem is that Americans may take it as a slight, and think that the Japanese guy or gal has an attitude problem. My advice, is that if your Japanese coworker is on the phone, just wait and come back later. 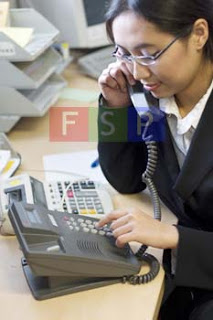 My Other Posts
I am fortunate to have started my first company when I was 24 years old and have built companies in several industries (and had 4 transactions) since then.
Tags:Business, Engineer, Japan, Work Culture