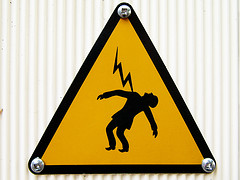 Speaking with an entrepreneur friend recently, she related a story of working with an inventor who had a promising new technology and was trying to take it to market. She had secured partners who were willing to commit $100m in investment, which was a huge win and a powerful vindication for his idea. Great news, but it all came to an end when he would not allow executives appointed by the investors to co-manage with him.  He fired her as his advisor, the investors pulled out, and the project fell apart.

Those in the startup world, particularly those in the area of technology commercialization, see this very frequently.  It’s most aptly called “Founders Syndrome”, and has the following characteristics:

It is hard enough to find a good idea, build it, prove it, and market it to the world. When you add Founders Syndrome into the mix it is almost always the death knell for ideas that would otherwise have had at least some chance of becoming a success.There is a tension at work here: Founders need to be tough, stubborn, and resourceful. The only way to get anything off of the ground is to have these traits, and to be self-reliant. The tension is that these traits are required in the beginning, and then need to be substantially mitigated at a certain point.  While the Startup is about personal vision, what happens when other people’s talents are needed for the next step? What happens when other people are needed, and the founder fails to realize it? This transition from individual to team can be exceedingly difficult to overcome.

“Giving up control means losing identity. If I trust others with my invention, they could take the business in the wrong direction. They might try to take the value away and cut me out. I’ve spent years building this, and I am not going to give it to some strangers. They don’t really understand it and should not be the ones to run to the finish line with it. I would rather spend some extra time getting there and do it on my own terms than take a chance on investors and partners who may try to take advantage of me. As Dante wrote, ‘It’s better to reign in Hell than to serve in Heaven.’ I will take my chances on my own.”

“The founder cannot do this alone – we know that he needs us (or people like us) to take this idea anywhere. We think it is a great idea and  so we may be willing to partner with him to get it done. We have lots of opportunities to invest our time, and we will need control of some equity, and control of how this product is strategically maneuvered if we are going to invest. If the founder is not willing to realign his role and play as part of a team then there is not even a conversation to be had here: We will wish him luck and be on our way.”

So which of these perspectives is the right one? Of course that depends on the situation, but Founder’s Syndrome is best characterized by the pattern where every potential partner provokes the same rejection, regardless of circumstance.

The fact is that there are “Billion Dollar Ideas” all over the place.  They are more common than you might think. Few of them will mature into anything more than a sideshow, and for many reasons: They may not work as advertised, the market timing might be off. The intellectual property might not have been handled right.  There are many reasons why good ideas fail– and it is always sad to see. What is the most heartbreaking though, is when a good idea–an idea that works—an idea with good market timing, ends up failing because of the personality of the founder.

Greek Tragedy is a powerful archetype in Western culture. It is powerful for a reason – because it illustrates unnecessary failure and loss due to simple human behavior. It is all the more powerful when you can see the tragedy coming –when everybody can see it coming – except for the one guy who needs to see it most.

My Other Posts
I am fortunate to have started my first company when I was 24 years old and have built companies in several industries (and had 4 transactions) since then.
Tags:Business, Entrepeneurship, Forbes, Startup