Home
Blog
Startups
The Big Picture
Beyond Profit: The Ultimate Goal of Entrepreneurship 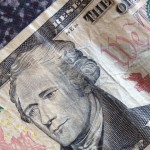 Sometimes money is not the objective.

As a reader of Forbes, I am sure you know that business is focused on maximization of financial returns — that is to say that business exists to make money. The most money per contract, per customer, per year. It is the yardstick by which business measures success.  However, entrepreneurs (as individuals) are not actually bound to this chase in the way that companies are. The fact is that entrepreneurs occasionally find themselves with the option of making a transition away from chasing the most dollars possible, to chasing meaning and other non-financial values. In fact, when you get down to it, most entrepreneurs became entrepreneurs in the first place because of this possibility of freedom.

Given this, it would be a first-class mistake to build success to the point of financial freedom and fail to recognize it– but it is easy to miss if you don’t know what it looks like.

A recent conversation with a good friend of mine (who is a long-time entrepreneur) illustrated this point. We discussed a project that he is working on that has the potential to generate a return in the hundreds of millions of dollars, but by subject matter is somewhat uninteresting to him. The industry involved is not something he is passionate about, and is very far from the projects that he dreams of completing over the next couple of decades of his life. The kicker is that it would take years and years of dedicated attention to maximize his return.

He asked me what I thought he should do, and my suggestion was for him to figure out what “Enough” is, and aim to hit that number and not one dollar more:

“Get out at Enough, and move on to the projects that have life-defining meaning, even if that means leaving money on the table. “

This logic comes from recognition of the value of Time. Time is the singular non-recoverable investment we make – unlike other resources, once a day or a year is spent, it is gone forever. Time cannot be recaptured; therefore it stops making sense to pursue one single day or one single dollar more than Enough on any project. This is especially true of projects with enormous return potential, the upper extremes of which have no material impact to your lifestyle or capability to pursue meaning in your life.

In the case of my friend, Enough may be: “Enough money for him and his wife to execute the next, and next-next (and next-next-next) sets of projects they are passionate about.” Any more money than that is not going to affect their lifestyle a bit or open any more doors for them.  Regarding his big project, I recommended that he “get in and get out” with Enough money to move on.

Some economists might call this “irrational behavior” or “satisficing”, but I disagree. Our outcomes contain more factors than the number of dollars. Primary among these is the amount of time involved. Time is the most significant investment we can make, and if we identify a lack meaning in a project, it is best to get in and get out fast.

1)   Aim to make enough money for it to have been worth the investment of time.

2)   Be willing to take on investors and give up a measure of control if that increases the chance of success.

3)   Always work to shorten the timeline from start to exit on any non-passion-based project, as this mitigates the primary risk: loss of time.

The fact is that incremental returns are worth less and less as they get larger. The value of a dollar never changes, because a dollar is worth a dollar, but from the human perspective, the first dollars of return are worth the most. Subsequent earnings are worth incrementally less in terms of their impact. Imagine a scenario where you have no money, and you are given $1000.That is a really big deal. The second $1000 is also really great, but slightly less so. There is a theoretical point at which the amount of money in question is sufficiently large that the addition of an additional  $1000, or even $10m will not actually change your human outcome.

Interestingly, we all have a deep understanding of the concept of diminishing returns — a “logarithmic sensitivity” to changes in quantities. It turns out that this is a universal perceptual bias: Our innate mental wiring tells us that an increase from 0 to 3 is the same as an increase from 3 to 9. Likewise equivalent to an increase from 9 to 27 and so on.  We are born with this, and it takes years of math training to override it. Check out NPR’s RadioLab if you find this as interesting as I do.

Take a moment and identify what Enough looks like in your life, and be sure to recognize it if you work hard enough, and are lucky enough to have it cross your path.